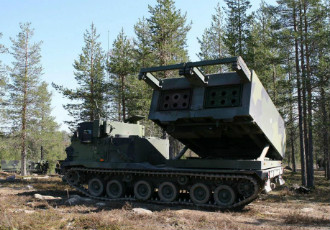 Finland has edged closer to acquiring missiles from Lockheed Martin, an American defence technology company, for up to 150 million US dollars after the US State Department approved its request for the acquisition. A final decision on the sale will be taken by the US Congress.

“The matter is still under consideration in the United States. The process seems initially positive,” comments Jouko Tuloisela, a ministerial counsellor at the Ministry of Defence.

Tuloisela also reminds that the total value of the sale may not rise as high as announced by the US State Department as it is contingent on the number of missiles Finland ends up acquiring. “150 million dollars is the maximum. The matter is under preparation and the necessary negotiations are under-way,” he says.

Finland has declared its interest in acquiring a maximum of 240 missiles from Lockheed Martin for its heavy missile launchers. The acquisition would include two different types of missiles: M31A1 Unitary Missiles and M30A1 Alternative Warhead Missiles.

The M31A1 is a point-detonating precision missile guided with a GPS and inertial navigation system. The M30A1 is comparable with the exception that it is loaded with wide-area ammunition. Both of the missiles have a range of roughly 70 kilometres.

The missiles will be delivered in pods of six. The heavy missile launchers used by the Finnish Defence Forces can each be equipped with two such missile pods.

The sale could include up to 40 missile pods, 15 of which would be loaded with 90 M31A1 missiles and the remaining 25 with 150 M30A1 missiles. It would also include personnel training, training equipment, software development as well as technical and logistical support services.

No suitable ammunition, however, was found for the heavy missile launchers despite ten years of hemming and hawing between various options. The Finnish Defence Forces consequently only have practice rockets and a small number of anti-tank grenades at their disposal.