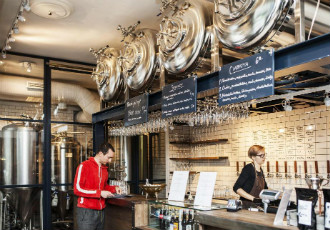 A craft beer revolution is a-brewin' in Finland – at least based on the rate at which microbreweries are popping up.

The number of breweries in the country has doubled in no more than six years – from 25 in 2008 to 49 in 2014. The vast majority of the breweries, a total of 46, are microbreweries, indicate statistics released by the National Supervisory Authority for Welfare and Health (Valvira).

The jobs have disappeared largely from major breweries, says Elina Ussa, the managing director at the Federation of the Brewing and Soft Drinks Industry. “The increase in the number of microbreweries hasn't been enough to compensate for the lost jobs because microbreweries typically only employ one to two people,” she explains.

Another curious trend is the apparent decline in beer consumption.

“The consumption of alcoholic beverages is generally declining across Europe. Domestic beer sales have declined every year as we've lost parts of the market due to passenger imports from Estonia. This is because the tax hikes introduced in recent years have especially affected mild alcoholic beverages,” says Ussa.

No exact statistics on the volume of alcohol imports from Estonia are available. The National Institute for Health and Welfare (THL) found in its survey that the passenger imports of beer have declined moderately over the past 12 months – by 2.2 per cent between September 2014 and August 2015.

Earlier editions of the survey have contrastively found that the passenger imports of beer are on the rise.

The drop recordedin the passenger imports of beer, the Federation of the Brewing and Soft Drinks Industry reminds, falls within the margin of error of the survey and is therefore negligible.