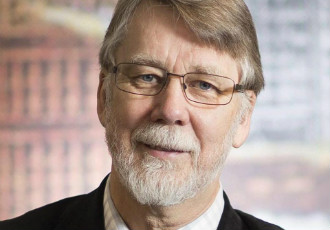 The majority of Finns are in favour of taking a more hard-line stance on immigration.

Nearly 70 per cent of the population are of the opinion that the country should tighten the conditions for granting asylum to asylum applicants, according to a survey commissioned by Helsingin Sanomat and conducted by TNS Gallup.

The majority of respondents believe people who have won asylum should not, at least initially, be entitled to the same social security benefits as the native-born population. Finns are according to the survey also largely of the opinion that people who have won asylum should have the financial means to support their entire family before being allowed to apply for family reunification.

Yet, 59 per cent of respondents indicated they are unperturbed by the prospect of welcoming more asylum seekers to their local community.

Estimates of the ability of asylum seekers from Iraq and Somalia to adapt to the Finnish society divided the population exactly in half: one-half of respondents estimated that the cultural background of the asylum seekers is an obstacle to integration, whereas the other half estimated that it is not.

TNS Gallup surveyed the views of Finns on immigration in the first half of October.

“The attitudes are very hard. On the other hand, the opposition to immigration is not a surprise as headlines screamed asylum seekers every day during the survey period,” points out Ismo Söderling, a recently retired director of the Finnish Institute of Migration.

“The fact that they're increasingly willing to welcome asylum seekers to their neighbourhood is a sign that their heart is still in the right place.”

Gender is a significant factor in determining the attitudes toward immigration: men are notably more wary of immigration than women, with 75 per cent of them – compared to only 64 per cent of women – indicating their willingness to tighten the conditions for granting asylum.

“Recent studies have found that the gender-based differences are narrowing – namely in the sense that men's attitudes are softening,” Söderling reminds.

The educational background, occupation and place of residence of respondents similarly proved indicative of their attitudes toward immigration.

The most hard-line attitudes were found among lowly-educated workers and business-owners in Eastern and Northern Finland, with some 80 per cent of them indicating their willingness to adopt tighter conditions for granting asylum. The corresponding share among more highly-educated executives and managerial staff was roughly 50 per cent.

“The business owners also include a number of ageing rural entrepreneurs. Attitudes toward immigrants are more critical in the countryside than in the cities. On the other hand, executives and other highly-educated are usually more positive about immigration.”

“The age distribution is traditionally U-shaped: the youngest and the oldest are the most critical,” says Söderling.

Political affiliation was another factor determining the attitudes of respondents. Up to 80 per cent of respondents who identified themselves as Finns Party supporters fully agreed with the claim that the conditions must be tightened. The corresponding share among Centre and Social Democratic Party supporters was over 40 per cent and among National Coalition supporters roughly 35 per cent.

The Left Alliance and Green League are the most pro-immigration parties, according to the survey.