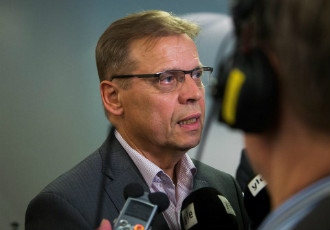 Employer and employee organisations are clambering to iron out a dispute between trade unions and the Government over measures to improve competitiveness.

The Central Organisation of Finnish Trade Unions (SAK) unveiled on Thursday its proposal for measures to boost the competitiveness of businesses. The proposal, however, was rejected as insufficient by a number of stakeholders, including Minister of Finance Alexander Stubb (NCP), employer organisations and the Confederation of Unions for Professional and Managerial Staff (Akava).

Industrial organisations will nonetheless explore whether an agreement on the necessary measures can be found.

“We've sat down and decided to see which preconditions for presenting a joint proposal to the Government are in place,” commented Antti Palola, the chairperson of the Finnish Confederation of Professionals (STTK).

SAK proposes, for example, that wage increases be waived in 2017 and that the “extreme” wage moderation could continue into 2018. Employees, meanwhile, would be made responsible for certain social security contributions instead of employers.

The proposal is a response to the Government of Juha Sipilä (Centre), which has identified wage cuts as a means to boosting the competitiveness of businesses. The Government is poised to present the legislative changes to the Parliament for consideration next week unless labour market organisations can agree on a joint proposal by 4pm on Monday. The tight deadline has been deemed unattainable by labour market organisations.

The proposal unveiled by SAK contains a number of difficult features from the viewpoint of the Government.

“The underlying reason is whether or not we can bring about improvements in competitiveness in the short term. It doesn't meet the objectives of the Government,” stated Vesa Vihriälä, the managing director at the Research Institute of the Finnish Economy (Etla).

The Confederation of Finnish Industries (EK) and Local Government Employers (KT) doubt that the proposal satisfies the demands of the Government. Jyri Häkämies, the chief executive at EK, considers the proposal on wage moderation nevertheless a step in the right direction.

Fjäder, on the other hand, has criticised the proposal. Akava has announced its willingness to seek a compromise by adjusting holiday bonuses and working hours.

“SAK should finally face the facts. Why should we go about this by adopting complex increases in employee contributions, when the whole matter could be solved by raising weekly working hours by an hour?” he asks.

He is also bemused by the willingness of SAK to revisit the pension agreement reached earlier. SAK proposes that pension contributions be temporarily lowered and that the subsequent deficit be erased in the 2020s.

SAK would also refrain from slashing the wages of employees, although their net earnings would decline as a result of an increase in the contributions deducted from wages.

“It's quite a tough compromise,” described Eero Lehto, the head of forecasting at the Labour Institute for Economic Research.