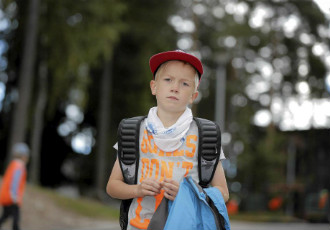 The spending cuts outlined by the Government will be felt at practically every level of education.

The Trade Union of Education in Finland (OAJ) has calculated that the Government is set to reduce spending on education and research by a total of three billion euros, if the impact of the proposed index freezes is also taken into consideration. The Government will, on the other hand, invest an additional 300 million euros in education as part of its spearhead projects.

Helsingin Sanomat reviewed the effects of the proposed cuts across the field of education.

Primary schools:
What will change?
The Government is about to lower the annual appropriations of primary schools by 40 million euros.

Most of the upcoming cuts will affect the appropriations for the reduction of class sizes in primary schools. Terhi Päivärinta, a director at the Association of Finnish Local and Regional Authorities, believes it is consequently possible that class sizes will grow in some municipalities.

How will it affect?
Vocational schools will lose roughly a tenth of their funding.

Staff and facility costs account for a lion's share of the total costs of vocational schools, reveals Maarit Kallio-Savela, a senior expert at the Association of Finnish Local and Regional Authorities. The proposed cost savings, she believes, cannot be realised without reducing manpower at vocational schools.

The schools are also likely to have to mull over reducing student intake.

Another problem for vocational schools is the proposed schedule of the changes as the savings should be scraped together one year before vocational education as a whole is overhauled in 2018. “It'll be a very tough issue,” says Kallio-Savela.

High schools:
What will change?
The previous government slashed the funding of general upper secondary schools by 37 million euros in 2014–2015 but failed, at the last minute, in its attempts to trim the network of high schools. While the decision to freeze index-based increases in state subsidies will prevent the funding from growing, the Government of Sipilä has yet to unveil cuts targeted specifically at high schools.

Polytechnics:
What will change?
The funding of polytechnics and universities will decrease by a total of 75 million euros, and the index dictating changes in the funding will be frozen.

Markku Lahtinen, the chairperson of the Rectors' Conference of Finnish Universities of Applied Sciences, estimates that the funding of polytechnics will decrease by 30 million euros in 2016 and that polytechnics will have lost nearly one-tenth of their funding by the end of the electoral term.

How it will affect?
The funding of polytechnics, Lahtinen points out, fell by one-sixth during the final few years of the previous electoral term and the adjustment effort continues. The means under consideration include personnel cuts and the closures of degree programmes.

Saimaa University of Applied Sciences announced last week that it will launch consultative negotiations with its staff. “Others may also have to resort to these,” admits Lahtinen.

Universities:
What will change?
The impact of the spending cuts and index freeze will creep up to roughly 75 million euros in 2016 and to almost 200 million euros by the end of the electoral term.

How it will affect?
Rector Kalervo Väänänen, the chairperson of Universities Finland (UNIFI), gauges that universities will at least have to re-consider their distribution of responsibilities, hinting at the possibility that some degree programmes could be concentrated at certain universities.