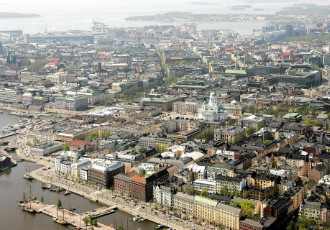 Investors, put your money in real estate in Helsinki.

The claims of nearly 30,000 vacant houses and a catastrophe looming over the real estate landscape in Helsinki are unfounded, experts assure. “The longer-term risks are small in prime locations. Go right ahead,” urges Heikki Loikkanen, a professor emeritus of urban geography at the University of Helsinki.

Entrepreneur Jouko Marttila warned in a panel discussion on Tuesday that real estate investments in Helsinki can be “highly risky” over the next 15 to 20 years because nearly 30,000 vacant houses – equivalent to some 8 per cent of the housing stock – are already on the market.

Such claims are simply untrue, states Pekka Vuori, a senior statistician at Helsinki Urban Facts. The number cited by Marttila represents the number of houses that were officially registered as vacant at the turn of the year. The number is largely attributable to the 13,000 people who live in Helsinki temporarily but are not registered as residents. “At most, this could account for nearly half of the vacant houses,” Vuori points out.

The number is, to a lesser extent, also attributable to the incessant flow of people moving within the city. Houses are temporarily classified as vacant after the previous resident has moved out but has yet to be replaced by a new one.

He points out that roughly four per cent of rental units owned by the city are vacant despite the “machinery” behind the rental operation. The units can show up as vacant in the statistics despite only being vacant for one week at the end of the year. In addition, renovations explain some of the vacancies.

Other reasons for the vacant houses include investors buying second homes and ageing people moving to nursing homes.

No one can consequently tell exactly how many houses are vacant in Helsinki. Vuori reveals that the matter will be looked into in the autumn.

Vuori also does not subscribe to the claim that more properties are coming onto the market as the population grows older. “Houses in rural areas can be genuinely empty, but the capital region is where people from there are moving to,” he reminds.

On the contrary, he argues, population ageing may boost the demand for real estate in Helsinki. “People are growing older also in the neighbouring municipalities. Large detached houses are being swapped for flats that are closer to services. Helsinki is a very attractive place to live in after your children have moved out,” explains Vuori.

He does not believe investors should brace themselves for a sharp decline in rental income. The increase in value brought about by inflation, however, may have an effect in the years to come, although migration and low interest rates have maintained a high price level despite the economic down-swing.

“Large development projects will increase availability in prime locations,” he adds, referring to neighbourhoods such as Jätkäsaari and Kalasatama.

Urbanisation is nevertheless expected to continue and to influence the prices in Helsinki.

“The expectation is that notable population growth will take place in university city regions and especially in the capital region over the next 25—35 years. The outlook is therefore good for long-term investors as long as we can rid ourselves of the economic stagnation,” says Loikkanen.

An increase in the availability of houses in downtown Helsinki may also give rise to a new phenomenon. “The outlook may be bleaker for the furthermost corners of the capital region, where transport connections are poor. On the urban fringe, assets can't continue growing in value at the current rate,” Loikkanen explains.