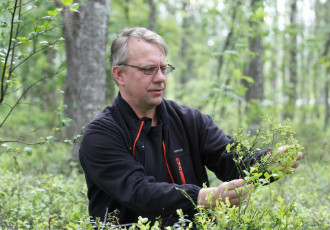 A record number of berry pickers are expected to arrive in Finland from Thailand.

This summer, tourist visas are set to be granted to a total of 3,500 Thai berry pickers, representing an increase of a few hundred from the previous year. In addition, the pickers will be accompanied by roughly 300 assistants, such as chefs, drivers and car mechanics.

The letter of intent has been signed by a total of twenty companies.

This year, tourist visas have been granted only to berry pickers who will work for companies that have signed the letter of intent and, thereby, pledged to improve the orientation and accommodation facilities of the pickers.

The letter of intent consists of 26 sections, some of which contain a number of detailed requirements. The employers will henceforth be responsible for, for example, ensuring that their employees leave no trash behind them in the forests and that the accommodation facilities are equipped with first aid kits.

Any violation of the rules will form an obstacle to obtaining visas in the future.

Petri Lehtiniemi, the owner of a berry processing company based in Posio, welcomes the new rules. His company suffered notable losses last year after the embassy revoked its permit to hire berry pickers from Thailand on grounds of the earnings of some pickers in 2013.

Lehtiniemi explains that the earnings fell because he diligently reported all the fuel and other costs he withheld from the wages of the berry pickers. “Some companies didn't do that. I personally visited the Embassy [of Finland] in Thailand this spring, and they admitted that there are inconsistencies in the reporting of costs,” he says.

He is hopeful that the letter of intent will harmonise the practices.

His company has invested increasingly in hiring berry pickers from Thailand and is set to welcome 180 employees from the country this year. His wife travels regularly to her home country to choose the berry pickers first hand.

“Otherwise, you may end up getting holiday-makers who have no intention of making money. Berry pickers must turn in around 3,000—3,500 kilos of berries in 70 days if they want to turn a profit,” explains Lehtiniemi.

He has also hired berry pickers from Ukraine but recently turned his attention solely to Thailand. Ukrainian workers, he explains, typically arrive in Finland by car and are consequently more difficult to monitor to the extent stipulated in the letter of intent.

In Lapland, the berry-picking season will arrive behind schedule due to the cold weather. The berry pickers hired by Lehtiniemi will nevertheless arrive in Finland according to plan, in mid-July. “The orientation takes a couple of days. We'll start picking in southern parts of Finland after that. I have chosen the places in advance,” he says.