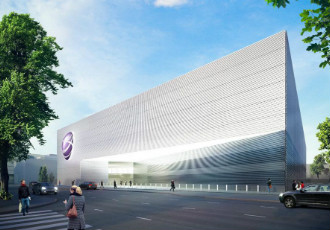 Decision-makers in Helsinki have expressed their delight with the decision of TeliaSonera to invest 130—150 million euros in the construction of a data centre in the city.

Helsingin Sanomat reported on Monday that the telecommunications service provider has laid out plans to build a massive data centre in the Finnish capital by the end of 2017. “The building will have an immediate employment impact both during construction and use,” Mayor Jussi Pajunen (NCP) enthuses.

He believes the decision by TeliaSonera will increase the appeal of Helsinki in the eyes of the ICT sector.

Tatu Rauhamäki (NCP), the chairperson of the Helsinki City Board, is similarly delighted with the decision. “The city must do its utmost to attract investments such as this. This must also be taken into account in land-use planning in order not to rule out projects such as this. Investments of this scale don't come around too often,” he says.

The plans of the telecommunications service provider did not come as a surprise to the decision-makers as the construction project has been afoot since the beginning of the year. Although a suitable location for the data centre has been identified, it will be kept under wraps for the time being.

“I'm not in a position to disclose that. It also concerns land not owned by the city,” explains Jaakko Stauffer, the head of the Helsinki Real Estate Department.

TeliaSonera has similarly refused to shed light on the location of the facility. “I'd prefer not to talk about it as no agreements have yet been signed,” says Valdur Laid, the chief executive at the telecommunications service provider.

He reveals, however, that it is important for TeliaSonera to build the facility specifically in Helsinki. “It's very important for us to have a service centre for Finnish businesses in Helsinki. Helsinki is a natural location for us due to its proximity to the airport and several public sector customers,” Laid explains.

The facility is set to become the largest data centre intended for the use of local businesses in Finland and would therefore place great emphasis on data security, cloud services and digitisation.

TeliaSonera has yet to obtain the political approvals required to begin construction. The issue is to be presented to the Real Estate Committee of Helsinki for consideration before the end of the month.