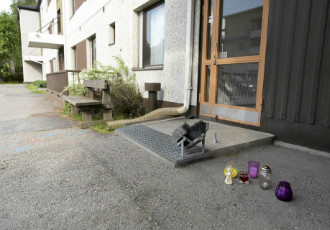 The District Court of Oulu has sentenced a woman born in 1979 to life imprisonment for the murders of her five newborn children in 2005—2013. In addition, she was found guilty of five counts of breach of the sanctity of the grave.

Mental health experts concluded that the woman is criminally responsible for her actions as she was suffering from no mental impairment at the time of the homicides.

The fathers of some of the children have yet to be identified.

The verdict indicates that the woman managed to conceal four of the five pregnancies entirely. She told about one of the pregnancies to her husband and friends but claimed that it had ended prematurely in a miscarriage. She did not consult a doctor or visit a maternity and child health clinic during any of the pregnancies, according to the verdict.

The District Court of Oulu also ruled that the woman was aware that the children were not stillborn but left them without proper care and eventually sealed them in containers. She cleaned up all signs of the children after giving birth to them and continued to work and live her life as if nothing had happened.

The children died one to four days after being born, according to a forensic pathologist.

Moreover, there was no evidence to suggest that the homicides were committed while suffering from post-natal exhaustion or anxiety. Instead, the woman was ruled to have carried out the homicides with premeditation. The acts were also regarded as particularly cruel and brutal due to the extreme suffering inflicted on the victims and the fact that the victims were defenceless newborn children.

The defendant rejected the charges in court, insisting that she thought that the children were stillborn.