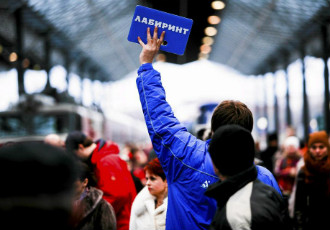 The most popular travel destinations for Russian tourists after Finland were Kazakhstan, Abkhazia and Egypt.

Russia, in turn, welcomed an estimated 7.3 million tourists over the first three months of the year, signalling a 16 per cent increase from the previous year. Most of the 336 000 Finns who travelled to Russia between January and March were business visitors.