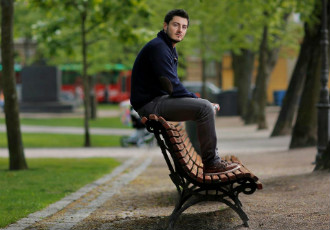 Cramped and expensive housing conditions are a disincentive to international experts to live in Greater Helsinki. Many have struggled to find a reasonably-priced rental flat, much less a large detached house, which they have become accustomed to in their country of origin.

“Experts think that as they come to the periphery of Europe housing would be cheap. They're surprised that prices are at the same level as in London,” says Elina Eskelä, a researcher at the Department of Geosciences and Geography of the University of Helsinki.

Eskelä for her doctoral dissertation interviewed a total of 70 foreigners who have moved to Finland for an expert position or to complete a master's or doctoral degree at Aalto University or the University of Helsinki.

The sample group includes people from all around the world: from Canada, China, France, Japan, Kenya, Pakistan and the United States. In addition, the group includes 15 people from India who are primarily employed in the information technology sector.

“We think that international experts want to live in the bustle of downtown [Helsinki]. Their housing hopes are determined more by their life situation. That's why families with children take to the suburbs,” explains Eskelä.

A good example of someone who prefers a home with space is Claudio Camacho from Spain. He moved to the country nine years ago to study at the Department of Industrial Engineering and Management of Aalto University and is currently employed as a business development director at Tuxera.

He estimates that housing costs in the capital region are high in comparison to Spain.

“In Spain, a small flat is 90 square metres. Here, a 45 square metre flat has been marketed as a spacious home to me and my ex-girlfriend,” he tells.

Camacho is perplexed by how much Finns are willing to pay to live in downtown Helsinki. “Location is a big status thing here. Folks are ready to pay half a million for a small pad as long as it's located in the heart of the city.”

When he packed his belongings and moved from Lauttasaari to Vantaa, many considered it a step backward. “It's like Lauttasaari is a golden throne that no one ever wants to leave,” Camacho describes.

He is pleased that his new terraced house in Vantaa offers space and a garden.

Respondents to the study were also asked to give Helsinki, Espoo and Vantaa a score for their proximity to nature, the safety of the living environment and public transport system. “They appreciate that everything here works. Water will come out of the tap and there are no frequent power cuts,” Eskelä highlights.

In particular, people working in expert positions appreciate the possibility to relax in their home as their work days are often long and challenging.

They also expressed their hope to be able to form relationships with other residents of the neighbourhood.

Camacho, who speaks fluent Finnish, has lived not only in Vantaa and Helsinki but also in Espoo. He has enjoyed his time in Finland, although certain characteristics of the local housing culture continue to amuse him. “If you live in a block of flats and happen to open the door at the same time as one of your neighbours, one of you will typically close the door quickly,” he says, with a smile.

“Neighbours don't exactly talk to each other here.”

Eskelä recognises the issue. “Foreigners say that they don't need close friends but hope that Finns would at least smile and say hello.”