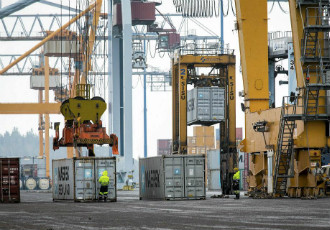 Finland has slipped back into recession after its economic growth slowed down for the second consecutive quarter between January and March, according to preliminary data released by Statistics Finland on Wednesday.

A recession is generally defined as two consecutive quarters of negative economic growth.

The seasonally adjusted gross domestic product of Finland declined by 0.1 per cent against the previous quarter over the first three months of the year, after declining by 0.2 per cent between last October and December. The national economy has thereby effectively been in stagnation since the beginning of 2013.

The economy is only expected to expand moderately in 2015, according to the majority of forecasting agencies. Although a turn for the better is expected to take place next year, the economic growth rate is forecast to remain modest.

Statistics Finland on Wednesday also unveiled its most recent information about changes in consumer prices, indicating that the deflation rate – the decline in consumer prices – picked up from 0.1 to 0.2 per cent between March and April.