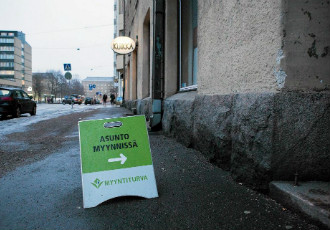 House prices went up considerably in Greater Helsinki in March.

Data released by Statistics Finland on Wednesday indicate that the prices of old dwellings in housing companies jumped by 3.8 per cent in the capital region but went down by 0.3 per cent elsewhere in the country.

Between January and March, the prices fell by 0.2 per cent across the country but crept up by 0.6 per cent in Greater Helsinki in comparison to the previous quarter. Year-on-year, however, the prices fell both nationwide and in the capital region, by 1.1 per cent and 0.3 per cent respectively.