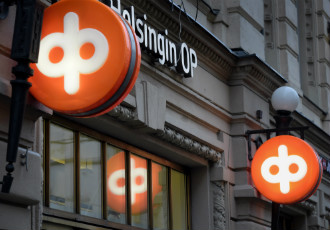 OP-Pohjola is believed to have been hit by yet another denial of service (DoS) attack.

The second attack was detected on Sunday afternoon, only a couple of hours after the first attack had ended, according to an announcement posted by the financial services provider on its Facebook page.

Carina Geber-Teir, the chief communications officer at OP-Pohjola, said on Sunday that the banking services of OP-Pohjola remain available, although minor disruptions may occur.

In particular, the disruptions may affect people accessing the online services of OP-Pohjola from abroad. The financial services group extended the opening hours of its call centre to ensure the people affected can see to their banking needs.

OP-Pohjola also assured that it will keep its customers apprised of any developments in the situation through social media.

“If a particular service is unavailable, you should try again later,” Geber-Teir told.

The first DoS attack against the financial services group was detected on New Year's Eve. A DoS attack is an attempt to slow down the performance of an online resource or to make it unavailable to its users by flooding it with fake access requests.

The online services of OP-Pohjola were thereby in operation but unavailable to their users due to a flood of fake access requests generated by the yet-unidentified attacker. The malicious attacks are being looked into by the National Bureau of Investigation (KRP).

The online services of Nordea were similarly hit by a DoS attack on Friday, but the attack ended by Saturday.