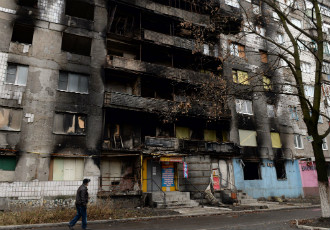 More people have sought asylum in Finland this year than in any of the previous three years. Asylum applications filed by Ukrainian citizens, in particular, have increased over the past 12 months, although the vast majority of them have been rejected.

Altogether, the number of people seeking asylum in Finland is expected to creep up to 3,600 by the end of the year, predicts Juha Similä from the Finnish Immigration Service.

Despite exceeding the levels recorded in the past couple of years, the number of asylum applications remains notably below the record-breaking 6,000 applications received in 2009.

Iraqis have remained by far the largest nationality seeking asylum in Finland, having filed a total of 723 applications between January and November. “The situation in Iraq has taken a turn for the worse this year. It's unlikely that the number of asylum seekers from Iraq will decrease,” Similä gauges.

Somalis, in turn, constituted the second largest group of asylum seekers with 349 applications and Ukrainians the third largest with 288 applications. “Ukrainian asylum seekers started to arrive in Finland at the dawn of spring, when conditions in the country changed the way they did. A spike in applications took place around July and August, but the number of applicants has since decreased.”

The Finnish Immigration Service had by late November only granted a residence permit to two Ukrainian asylum seekers on grounds of international protection. The applications of a total of 220 asylum seekers, in turn, had been rejected.

Although the Finnish Immigration Service recognises that the asylum seekers cannot be sent back to eastern Ukraine due to the prevalent security situation, it has rejected their applications on grounds that they can return to other parts of the country.

“We believe the majority [of applicants] were able to return to other parts of the country. Only two of the applicants were unable to return, and they have received a positive decision on grounds of humanitarian protection,” Similä explains.

The ongoing hostilities in Syria, in turn, forced 135 people to seek asylum in Finland between January and November, signalling no significant increase from the previous year.

The number of applications from Syria is low in light of the conditions in the country, according to Similä. “We thought the situation in Syria would show up more clearly in the number of asylum seekers in Finland. However, the number has stayed at a very low level.”