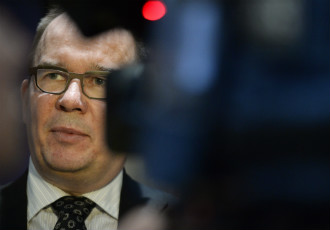 Six to eight people who have left Finland to take part in hostilities in Syria have died, Antti Pelttari, the director of the Finnish Security Intelligence Service (Supo), revealed in a televised interview with YLE on Saturday.

He also revealed that an increasing number of those who leave Finland join the ranks of militant groups in Syria.

Overall, roughly two dozen of the estimated 50 people who have travelled to Syria have already returned to Finland, according to Pelttari. Some of them, he added, have converted to Islam solely for the purpose of taking part in the hostilities.

In addition, Pelttari revealed that the radicalisation process can occur over the Internet and that, as a result, some of the militants may not have stepped into a mosque prior to their departure to Syria.

Finns have expressed their concerns especially about the fact that their compatriots have joined the ranks of the Islamic State, the atrocities of which have been widely condemned in the western world.

“People leaving Finland to fight in war-torn areas is a new phenomenon also in our line of work. This has also changed our work in recent years,” Pelttari reminded.