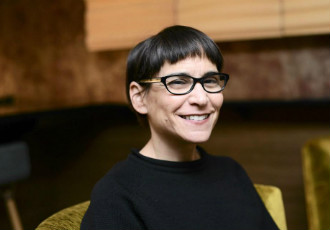 The jury for the Guggenheim Helsinki Design Competition emerged from the bright white lobby of the vacant Art Museum Meilahti on Monday, looking relieved.

After mulling over the total of 1,715 submissions for four days, the members of the jury announced that they have reached an agreement on the six finalists of the architectural competition.

“What the finalist entries all have in common is that they take the environment and users well into consideration,” described Nancy Spector, the deputy director and chief curator at the Solomon R. Guggenheim Foundation.

“What they have in common is that in addition to being a museum, the buildings function as a cultural centre where people can gather,” she added.

The finalist entries will be unveiled as the competition advances into its second stage in early December.

You can view all the 1,715 entries to the Guggenheim Helsinki Design Competition here.