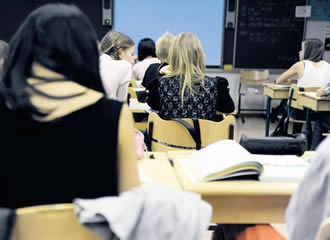 The austerity regime of Espoo may also sweep over schools. Last week, the Education and Early Education Committee considered a proposal that identifies classroom assistant services, after-school activities and the development of an electronic matriculation examination as targets for cost reduction.

Hit by growing unemployment and dwindling tax revenue, Espoo decided to cut allocations for elderly care by 2.5 million euros a couple of weeks .

Sanna Lauslahti (NCP), the chairperson of the Education and Early Education Committee, admits that if all the proposed cuts are carried out, it would affect the daily routines of children as well as the quality of teaching.

"It would be justifiable to ask is this what a child-friendly city does. It can't be that core services are crippled by cuts," she says.

Hannele Kerola (SDP), the representative of the City Board on the committee, explains that the mayor will not present his budget draft until later. "Although the discussion is somewhat premature, it would certainly difficult to approve these cuts," she says.

Inka Hopsu (Greens), the deputy chairperson of the committee, has revealed that she will call for changes to the proposed cuts in special education, assistant services and after-school activities.

This autumn alone, 332 pupils in their second year of Finnish-language basic education had to be left outside of after-school activities.

"The committee will probably pass my proposal for changes, but we'll see in the further discussion how many other groups get on board," Hopsu estimated before a committee meeting on 23 September.

Not a single political group, however, is prepared to postpone addressing the indoor air quality problems reported by several schools in Espoo. According to Hopsu, the pressure for facility costs to increase in comparison to other teaching costs is mounting. Any unexpected costs arising, for example, from temporary facilities will therefore be shouldered by the Education and Cultural Services. Lauslahti is similarly concerned. "It seems that all mistakes are taken out from education," she says.