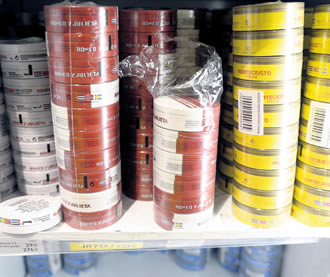 This year, Finns brought 41 per cent more snus in to the country in comparison to the previous twelve months. Between August 2013 and August 2014, the amount of imported snus cartons imported reached 8.4 million.

Based on weekly interviews conducted by TNS Gallup, 60 per cent of travellers arriving in Finland said they had brought the snus cartons for their own personal use whereas 23 per cent had brought them for the use of someone else and the rest for both. Every third traveller brought over 30 cartons.

"For some reason, the fact that snus is only allowed for personal use hasn't reached everyone," says Senior Inspector Reetta Honkanen from Valvira (National Supervisory Authority for Welfare and Health).

The tobacco law was changed in 2010, making importing snus legal exclusively for personal use. After the law passed, the import of snus decreased, but has now increased again. Honkanen can't identify a particular reason for the recent increase in imports.

The import of snus by travellers was first studied in 2009. Since then, the amount of imports has nearly doubled. Selling snus was prohibited in Finland in 1995, excluding Åland, as Finland joined the EU. Bringing in snus for others is also prohibited but using is not. Sweden has made an agreement with the EU that it can keep snus in its market, which is why snus is still sold on cruise boats in Sweden's territorial waters.

In comparison, the importing of cigarettes by travellers has continuously decreased since 2006, declining by nearly 10 per cent between 2013 and 2014. One third of the imported cigarettes were bought on cruise boats. One fifth were bought in Estonia, another fifth in Russia. Every third traveller said they had brought more than one carton of cigarettes, and 59 per cent of the travellers said the cigarettes they had imported were for their own personal use.

The research on importing snus and cigarettes by travellers has been conducted by Philip Morris Finland Oy, the Finnish Tobacco Industries' Federation, the Ministry of Finance, the Ministry of Health, and Valvira. Data is gathered by interviewing 500 people weekly by phone. The results of the monitoring period are based on over 26,000 interviews.