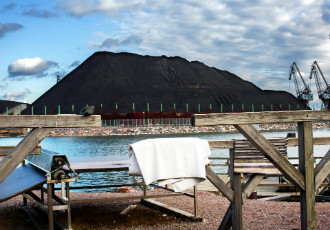 Massive stacks of coal stand in Hanasaari, Helsinki, providing a stark contrast to the aspirations of Finland to establish itself as a trailblazer in clean technology.

The stacks may disappear in the future, however, if the Finnish capital lives up to its promise. An objective approved by the City Council in 2010 stipulates that Helsinki become coal-free by the year 2050.

Much depends on money. If policy-makers are not prepared to make significant investments, their dream of a coal-free Helsinki will remain elusive. On the other hand, if they loosen the purse strings, the revenues from the municipal utility will dwindle.