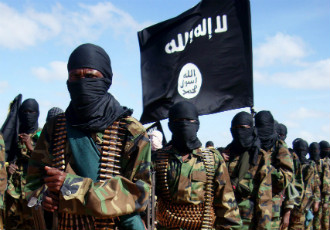 The first ever investigation into suspected terrorist offences in Finland has spawned criminal charges, with the Office of the Prosecutor General announcing on Wednesday that it has brought charges of financing terrorism against four people.

The suspects are believed to have raised and provided thousands of euros to al-Shabab, a jihadist militant group based in Somalia, fully aware of the destination and intended use of the money.

Although the wire transfers were no larger than 100–200 euros, they would have sufficed for the acquisition of various firearms, reminds state prosecutor Juha-Mikko Hämäläinen. “At the time, an assault rifle could be bought for 140 American dollars in Somalia. A hand grenade cost 25 dollars and a bazooka 150 dollars,” he highlights.

In addition, one of the suspects is accused of recruiting their brother to al-Shabab and planning to abduct his 15–17-year-old children in Finland and to take them to a terrorist training camp in Somalia against their will. The children were to be lured to Kenya under the guise of a holiday, drugged and transported across the border to a training camp in Somalia, where they would have been subjected to forced labour or similar conditions.

The plan was scrapped due to lack of money, according to the prosecution.

As a result, the suspect will also face charges of recruitment for commissioning a terrorist offence and preparation of an offence to be committed with terrorist intent. The offences are believed to have taken place between January 2008 and March 2011.

The suspects have rejected all criminal accusations in interrogations, insisting that the funds were transferred for humanitarian purposes.

Altogether, six people were suspected in the pre-trial investigation, but the Office of the Prosecutor General decided against bringing charges against two of them, a 28-year-old and 31-year-old man.

The trial will commence with a preparatory trial in early October and continue with the main hearing in mid-November.