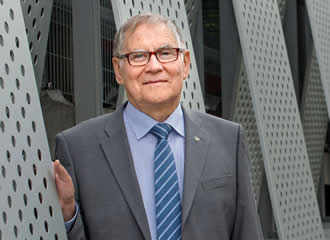 The leaders of the conservative Laestadian revival movement are mulling over measures to help large families struggling to cope. Viljo Juntunen, the head of the Laestadian movement’s umbrella organisation, the Central Association of the Finnish Associations of Peace (SRK), expresses a wish that parents would talk about their problems more openly.

“We are aware that parents of large families may struggle with exhaustion and we don’t want in any way to play down the problems they face. We are trying to come up with ways to support these families. Parents can turn to our family and social workers, women’s peer groups and marriage camps for help. Husbands’ support is also essential.”

The contraception ban of the Laestadian church is not under review. The movement teaches that a believer welcomes all children given to them as a gift.

“There won’t be any changes to this teaching. We strongly believe that God decides on life and death,” Juntunen explains.

Members of the movement may turn to healthcare services to get help for psychological and physical problems, such as exhaustion, caused by a large number of pregnancies.

“Parents make the decision based on their conscience and we don’t talk about contraception but treatment of an illness.”

Vicar Mari Leppänen, who has studied the Laestadian movement, says that for many families, the Laestadian community also offers a safe haven where they can talk openly about exhaustion and problems they are facing.

She emphasises that Laestadian families are entitled to all the same services as the rest of the population, but the families may hesitate to seek help because they feel isolated from society.

“These questions boil down to a strict interpretation of the Bible. What if you can’t or don’t want to live without contraception? I hope the leaders of the Laestadian community do their best to address these problems but we can’t have only men past middle age discussing the matter. We must hear what women have to say, also in leadership positions within the church.”

Out next week, a new book by Aila Ruoho and Vuokko Ilola contains interviews with members of the Laestadian church. It also includes the story of a husband who opts for vasectomy, without telling his wife. Leppänen says that many Laestadian families probably use contraception in secrecy.

“But is that a sign of an honest and healthy community?” she asks.