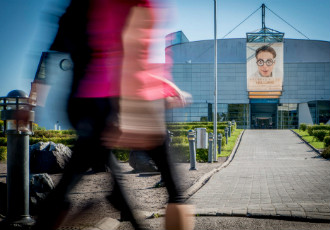 Young men lying on the ground being kicked in the sides by their peers. Baseball bats, bloody faces and police officers scrambling to take control of the situation.

Such was the sight in front of Heureka, the Finnish Science Centre, in Tikkurila on Saturday evening.

Young residents of the Vantaa district estimate that roughly 50 people, aged between 12 and well over 20, participated in the brawl. “People of immigrant backgrounds, Finns and gypsies were involved. Every other person I saw was bleeding,” Bilal Hussein, 19, described the events to Helsingin Sanomat on Sunday.

The violence, he estimated, broke out between 9 and 10 pm. Hussein also revealed that some of the fights were unfair, with up to ten youngsters attacking a single victim. “I personally stayed out of it. It's no use getting involved trying to be a hero,” he said.

The police were on Sunday tight-lipped over the incident, confirming only that a group of young people robbed and assaulted people in the park in front of Heureka on Saturday evening. The group brandished baseball bats and edged weapons to steal wallets and mobile phones from their young victims, according to the police.

By Sunday afternoon, nine criminal complaints regarding the incident had been filed, with aggravated robbery and aggravated assault among the offences under investigation.

Naif and his friend Raul Markus, 23, also revealed that fights and robberies are common among young people in Vantaa – fights especially in areas not covered by surveillance cameras, such as the park in front of Heureka, the parking lot behind it, the Hiekkaharju railway station and many areas in Korso.

The young men also say that they did not take part in the brawl but know a number of people who did. Naif estimated that the fight may have broken out simply because hundreds of young people had gathered in the park “looking for drama”.