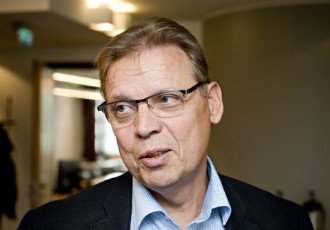 The negotiations between labour market organisations over a reform of the national pension system were suspended shortly before one o'clock this morning.

Despite inching toward an agreement, the sides decided to adjourn the negotiations until Monday due to their failure to find an answer to several key questions. As a result, the organisations also called off the meetings of their respective boards of directors scheduled for Friday.

Among the issues that proved insurmountable on Wednesday were the differences between the state, as well as the Confederation of Finnish Industries (EK), and trade unions on the structure of the pension system after 2025 and the associated sustainability deficit.

“We were not able to reach an agreement just yet. […] We have tried to find one for two and a half weeks and decided it might be best for all of us to look at this from our respective viewpoints,” commented Lauri Lyly, the president of the Central Organisation of Finnish Trade Unions (SAK).

The sides will not re-convene until Monday, he added. “Some progress was made in the talks this evening, but it was not enough.”

The negotiations have dragged on largely due to the state demanding that the labour market organisations draw up a detailed proposal on how pensions will be determined after 2025. Originally, the state proposed that the retirement age increase, rather mechanically, parallel to the life expectancy in order to ensure that the burden on the public economy is reduced.

The proposal was shot down by labour market organisations.

Instead, the proposal considered until late last night would utilise other means to reduce the burden on the public economy.

Participants in the negotiations estimate that the sides were concerned that they would not have had enough time to explicitly articulate their proposal, which is to determine the outlines of the Finnish pension system for years to come.