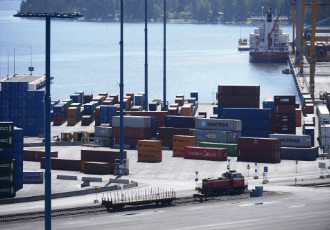 Finland has slipped one notch to fourth in a list of the best performing economies in the world published annually by the World Economic Forum. This year, the Global Competitiveness Report ranks a total of 144 economies according to 12 key categories largely on the basis of the opinions of business executives.

From Finland, 40 business executives responded to the survey

Several economists have expressed their doubts about such rankings due to the difficulties associated with measuring the performance of national economies. “The measurements have to utilise very coarse and simple variables that apply to both Finland and Chad. As a result, a number of national characteristics are ignored,” points out Petri Rouvinen, a specialist in competitiveness at Etlatieto.

A subsidiary of the Research Institute of the Finnish Economy (Etla), Etlatieto is responsible for project research and information services related to the Finnish economy.

“A very general survey of business leaders is heavily weighted in the survey. In addition, the survey has not been carried out entirely analogously in all countries,” Rouvinen adds.

With the confidence interval of the ranking being 5—10 places, Finland could actually sit as low as 14th in the ranking. Despite its flaws, Rouvinen estimates that the competitiveness survey conducted by the World Economic Forum provides a relatively reliable approximation.

He also reminds that competitiveness rankings entail an innate conflict. “Short-term competitiveness can be improved by cutting wages. In the long term, you seek to improve the productivity of work, which in turn facilitates higher wages. Herein lies a paradox of sorts.”

The main problem in Finland is the steep decline in the productivity of work.