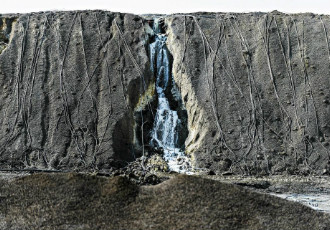 Metsähallitus, the administrator of state-owned land and water areas, is demanding a total of 8.6 million euros in damages from Talvivaara for the contamination of water areas, Long Play, a digital service for investigative journalism, revealed on Monday.

Long Play has obtained roughly 4,500 pages of documents pertaining to an ongoing pre-trial investigation into the activities of the Sotkamo-based mining company.

On Monday, Metsähallitus confirmed to Helsingin Sanomat that a multi-million euro claim for damages has indeed been filed. “The case is practically unprecedented in Finland. Metsähallitus is responsible for protecting the interests of state-owned lands, so claims for damages are filed from time to time but never before in such a large scale,” said Johanna Korpi, a legal counsel at Metsähallitus.

She revealed that the claim takes into account not only the depreciation of plots but also the adverse effects on nearby waterways caused by leaks in the mine's gypsum sediment pond in 2008, 2010, 2012 and 2013.

Citing the ongoing investigation, Korpi declined to comment on the extent of contamination and on how the value of the waterways has been determined.

The Finnish Government owns vast land areas in the vicinity of the Sotkamo-based nickel mine. “If the areas are large, also the demands for damages will be considerable,” summarised Korpi.

Jussi Kumpula, the acting director-general at Metsähallitus, similarly refused to comment further on the matter. “Metsähallitus looks after the interests of tax-payers. That is how the investigation is approached,” he noted.

The report published by Long Play also reveals that the management of Talvivaara has failed to address a number of environmental issues at the mine, despite being aware of them since 2009. The report is based on the anonymous interviews of former Talvivaara employees.

In addition, the pre-trial documents indicate that the estimates on the concentrations of sulphate, sodium and manganese in Talvivaara's environmental permit application have been exceeded considerably.

A total of 18 people are currently suspected of aggravated impairment of the environment. According to Long Play, the list of suspects does not include officials responsible for granting the environmental permit or monitoring the legality of the mining activities.

Pekka Perä, the CEO at Talvivaara, refrained from commenting on the report when reached for a comment by Helsingin Sanomat on Monday.