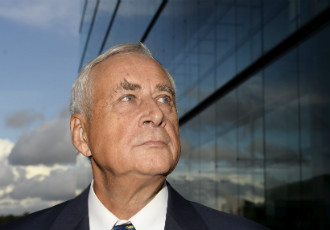 General Gustav Hägglund, a former Commander of the Finnish Defence Forces, believes Finnish defence capabilities would be wound down if the country decided to join Nato.

Speaking during the launch event of his new book Rauhan utopia (en. The Utopia of Peace) on Thursday, Hägglund stated that it is of utmost importance for Finland to maintain a good rapport with the United States, the greatest power in the world.

“The United States provides a guarantee of Finnish values. We have a good rapport with them because we have a functional defence system and we aren't constantly begging for help like many Nato countries are. The United States has granted us access to military equipment they don't even give to their allies,” Hägglund said.

Finland, the General viewed, should not join Nato because membership in the defence alliance would ultimately result in the wind-down of the Finnish Defence Forces.

According to Hägglund, the world is shifting toward tri-polarity with Russia, China and the United States holding the reins. “The EU is a light-weight and a runt in terms of military capacity,” he slammed.

General Jarmo Lindberg, the current Commander of the Finnish Defence Forces, estimated in an interview with Helsingin Sanomat on Thursday that the Finnish security environment has changed rapidly. “Troops have been re-grouped and exercises held both in the East and West,” he highlighted.

Yet, the developments do not concern Finland directly, according to the General. “Finland has not faced and is not facing any threats,” he assured.