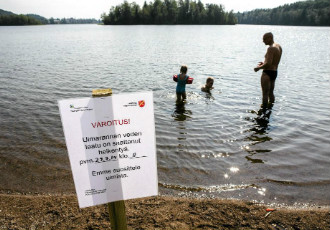 The City of Tampere has announced on its web-page that its officials have removed the signs advising people against swimming in the four lakes linked to a recent outbreak of a stomach virus – Tohloppijärvi, Tesomajärvi, Suolijärvi and Kaukajärvi.

Overall, over one thousand people fell ill with a stomach bug in Tampere. The city also revealed on Tuesday that traces of norovirus were found in the majority of stool samples taken from the affected swimmers.

Although the notifications have been removed, Merja Bojang, the head of the Environmental and Health Department of Tampere, reminds that it is vital to maintain good personal hygiene and behave responsibly at public places, such as beaches.