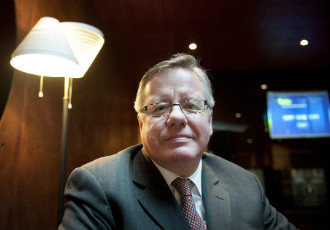 The economic sanctions imposed against Russia earlier this week will not hit the key export industries of Finland, and therefore their impact on the Finnish economy will remain moderate, estimates Pekka Sutela, an expert in the Russian economy from the Lappeenranta University of Technology.

On the other hand, the sanctions will have a number of indirect effects on Finland, he reminds.

“The indirect effects are a consequence of the general weakening of the Russian economy,” Sutela explains.

First, he estimates, the Russian rouble will depreciate, thus curbing the flow of Russian visitors to Finland. “If and when the rouble depreciates, it will have an immediate impact on tourism. Thus far, however, there have been no signs of depreciation,” Sutela points out.

Meanwhile, the Russians who visit Finland will have less money at their disposal.

In Russia, major purchase decisions may be postponed, thus affecting the exports of Finnish investment goods and the operations of Finnish construction companies in the country.

“The possible rise in Russian interest rates will curb demand for expensive goods. However, it is very difficult to estimate the extent of effects related to financial markets,” reminds Sutela.

Later, retaliatory sanctions adopted by Russia can hinder Finnish food exports. Russia, Sutela believes, can limit its imports of food on grounds of the regulations of the World Trade Organisation. “It would be perfectly legal for Russia to enforce a number of limitations. One possibility would be to limit the imports of food from Finland on grounds of security concerns.”

Sutela on Wednesday also expressed his doubts over the effectiveness of the sanctions with respect to the crisis in Crimea. The escalation of the sanctions, he suggested, can exacerbate the situation, with the Russian leadership already thriving on the distrust of the Russian public toward Nato and the European Union.