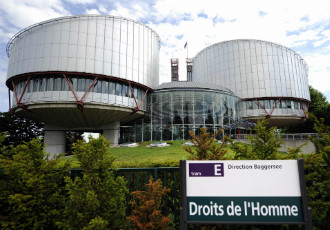 Heli Hämäläinen, a Finnish transgender woman, has expressed her intention to stay married to her wife regardless of a ruling by the European Court of Human Rights (ECHR) rejecting her request for a female personal identification number.

“We can continue our life as before. When we got married in 1996, we embarked on a life-long journey,” Hämäläinen explains.

The ECHR on Wednesday absolved Finland of any wrongdoings in the case of Hämäläinen, brought before the court after a magistrate's office had rejected the her request for a female personal identification number on grounds that she was married to a woman.

Hämäläinen was diagnosed as transgender during her marriage and has since undergone gender re-assignment surgery.

Hämäläinen alleged that by making the full recognition of her gender conditional on the conversion of her marriage into a registered partnership Finland had violated her right to private and family life.

Finnish laws do not allow same-sex couples to marry.

The Grand Chamber of the ECHR ruled that the European Convention on Human Rights does not oblige countries to permit same-sex marriages and that Finland, therefore, has the right to maintain its current legislation. Similarly, the Grand Chamber approved the practice in Finland to oblige a couple to convert their marriage into a registered partnership under the said circumstances.

The court thereby denied the request of Hämäläinen for a personal identification number as long as she stays married to a woman.

The Grand Chamber decided to hear the case of Hämäläinen after the ECHR in 2012 turned down her appeal. On Wednesday, it ruled by a 14-3 vote that Finland has not violated the European Convention on Human Rights.

Both Hämäläinen and her wife are reluctant to convert their marriage into a registered partnership due to for example religious regions.

Hämäläinen emphasises that as such she is indifferent as to how the Population Register Centre refers to her gender, but points out that as a consequence of such her passport continues to indicate that she is male and that this has complicated her life.

“I'm not allowed a passport with which to travel abroad. For nearly ten years, I haven't been able to go on business trips abroad. It's discriminatory because my work is related to foreign trade,” Hämäläinen explains.

“The gender indicated on the passport affects security checks, for example,” she continues. “Nowadays, men would conduct a security check on me. The protection against discrimination afforded in Finland is not available in all countries.”