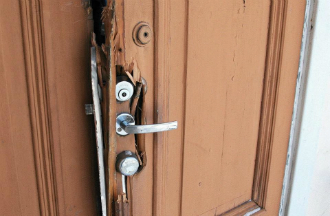 The number of burglaries has gone up during the early part of the year compared with last year.

By the end of June, police had received nearly 1,500 reports on burglaries, up by more than 200 from a year ago. The figure does not include thefts in holiday homes or unlived houses.

Police received around 960 reports on break-ins between January and April while the corresponding figure last year was 750. In June, the number of burglaries reached 250. The number of break-ins usually goes up in summer as people go on holidays, leaving their houses empty.

”Quick and daring thefts from unlocked houses while the owners are elsewhere in the garden have become more common in recent years,” says Chief Inspector Tommi Reen of the police division of the Ministry of the Interior.

Reen says that such lightning thefts are usually carried out by foreign offenders. Finnish burglars usually remain in one place, while foreign burglars travel around the country.

”Gangs carrying out break-ins may start at the height of Lahti, for example, and work their way up north, moving onto Sweden in Tornio. The whole trip may only take a couple of days, during which time the gang could carry out a string of 10 to 20 thefts,” explains Reen.

Burglaries are notoriously difficult to solve, with only 30–40 per cent of perpetrators caught in recent year. This year police have solved 34 per cent of the cases.

Burglars most often use traditional methods: a door or a window is forced open, or the house is entered by breaking a window.

Burglars mainly target detached houses, with two thirds of the reports made in June concerning detached houses and one third flats and terraced houses.

Police stresses that the easiest way to protect the house against burglary is to make it look lived in even during a holiday.

A neighbour can be requested to empty the post box and cut the grass. It is worth considering whether boasting about holidays on social media is a wise decision.

Windows and doors should be kept locked even when the owners are in the back garden. Alarm systems and signs advertising them are often enough to deter thieves, says police.

Police request anyone with information on burglaries, such as observations of strange vehicles or suspicious door-to-door sellers, to contact the emergency services or the local police department.