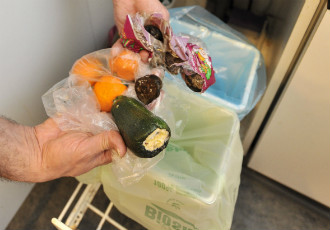 The European Commission has unveiled a handful of new proposals in a bid to urge Europe to minimise the extraction of raw materials from the environment, and instead to recycle more and to create as little waste as possible.

Approved on Wednesday, the proposals are part of the attempts of the European Commission to turn the continent into a circular economy.

Anna Virolainen, an advisor in environmental issues at the Confederation of Finnish Industries, says that the proposed targets are very ambitious. “Finland is a large country with a small population. Meeting the recycling targets adopted by the commission by 2030 will be a challenge for Finland, particularly when compared to Central Europe where the volumes of waste recycled are notably higher.”

The recycling targets, Virolainen also highlights, will increase the costs of Finnish businesses. “Especially the target for packaging waste is really challenging. For municipal waste, the costs would be distributed between various parties, such as the public sector, consumers and the service sector,” she explains.

Although the additional costs to be incurred by consumers are unlikely to be substantial, the targets may result in a rise in waste costs and product prices. “At worst, the recycling targets could cause consumer prices to rise moderately. The costs may be added to […] the product. The sums we're talking about are not enormous, though.”

The Confederation of Finnish Industries believes the move toward a circular economy to be a good long-term target but is concerned that the targets concentrate excessively on legislation, not on the member states.

“The targets of the commission place emphasis on rigid legislative recycling targets, which do not take into account the special characteristics of member states,” elaborates Virolainen.