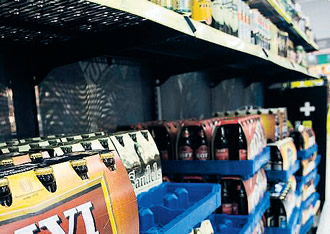 Those who work in preventive substance work are disappointed by the fact that government parties decided to suspend the alcohol legislation amendment recently. The main objective of the reform was to significantly reduce the adverse effects of alcohol, and it was set to come into effect by 2015.

"It was a great disappointment. We hope that the alcohol law reform will be processed right at the start of the next government period," says Executive Director Sari Aalto-Matturi from The Finnish Association for Drug Abuse Prevention.

According to a survey by the association most Finns have had negative experiences relating to alcohol use in their circle of close people, working community or neighbourhood, such as binge drinking and disturbing behaviour.

The goal of the alcohol law reform was to reduce negative effects of alcohol through regulation, such as limiting the sales of beer, long drink and cider in grocery stores.

"The advancement of the amendment is a positive thing, but it alone is not sufficient in replacing the overall reformation of the alcohol legislation. This leaves, for example, taxation means to combat the adverse effects of alcohol, as education alone is inefficient," Aalto-Matturi says.

Aalto-Matturi points out that alcohol results in up to 7-billion-euro worth of indirect and direct costs to Finnish society, and is the most significant factor in cutting work careers shorter.

"The adverse effects of alcohol are a cause for concern in public discussion, but the discussion on alcohol is also deemed patronising and as an act of moralising. Perhaps politicians do not want to address the detriments of alcohol so close to the parliamentary election."

The Finnish Association for Drug Abuse Prevention is part of a national collaborative network of substance abuse prevention associations and the public sector, targeting substance policies and legislation.