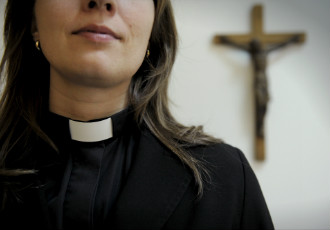 The majority of pastors of the Evangelical Lutheran Church of Finland are more tolerant to same-sex unions than the General Synod, the highest decision-making body of the church, which in November 2010 voted 78-30 in favour of permitting pastors to pray with or for same-sex couples.

The General Synod, however, has yet to permit the blessing of same-sex unions at churches due to the majority of its members being conservative laypeople.

While conservative members may view that the objective of praying for same-sex couples is to counsel them to reject homosexuality, more liberal members view that the decision takes the church one step closer to blessing same-sex unions.

A survey conducted by the Academic Church Professionals shows that as many as 60 per cent of pastors believe they should be able to bless the union of same-sex couples living in a registered partnership.

The survey also shows that in this respect female pastors are more tolerant than their male colleagues, with nearly three in four prepared to bless the union of same-sex couples.

Meanwhile, nearly half, or 44 per cent, of pastors advocate the introduction of a gender-neutral Marriage Act – a proposal for which was recently rejected by the Legal Affairs Committee of the Parliament.

Support for same-sex unions is the highest among pastors in Helsinki, where 82 per cent of the pastors surveyed were prepared and only 11 per cent not prepared to bless same-sex unions. In Espoo, the corresponding shares were 63 and 26 per cent respectively.

In contrast, as many as 53 per cent of pastors of the Oulu diocese said they would not bless same-sex couples, whereas 28 per cent said that they would.

The survey was sent to 2,160 members of the Pastors' Union of Finland early this year and yielded 558 responses. The results were published before Midsummer.

“I'd say that overall the survey is representative. The respondents are distributed evenly between dioceses as well as positions. The responses are in line with other surveys about pastors and cantors,” says Kati Niemelä, the researcher who conducted the survey.