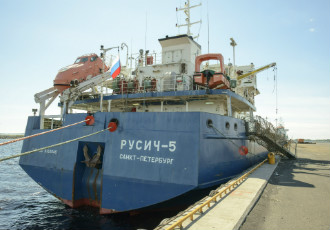 The work stoppage that on Wednesday suspended operations at ports across Finland was staged in protest of “slave labour” used on a Russian vessel, says Juha Anttila, a union secretary at the Transport Workers' Union (AKT).

Nearly 3,000 AKT members took part in the strike, causing virtually every port in Finland to shut down.

According to Anttila, the decision to enforce the strike was taken after a local shop steward was threatened by a representative of a shipping company in response to the refusal of stevedores to unload the Russian vessel.

“We don't approve of any threats, so the AKT executive board decided to enforce the one-day strike yesterday, on Tuesday. We'll return to work at 6 on Thursday morning,” tells Anttila.

Both Anttila and the Transport Workers' Union insist that the strike is perfectly legal.

“This is a so-called political strike, which is not in violation of Finnish laws. This has absolutely nothing to do with collective agreements, so we aren't breaking them,” states Anttila.

Tiina Haapasalo, a chief policy adviser at the Confederation of Finnish Industries, estimates that the costs of the one-day strike may amount to ten million euros. She reminds, however, that it is impossible to calculate the exact costs without detailed information about the losses incurred by the affected companies.

In addition, Haapasalo points out that the strike may have a longer-term impact on the customer relationships of companies. “If we are known as a strike-prone country, as we are, foreign companies don't consider Finnish companies reliable partners, because there's the possibility that the cargo is never delivered,” she explains.

Juha Mutru, the managing director of the Finnish Port Operators' Association, similarly views that the protest may also have longer-term repercussions. “In some cases, customers may run out of patience, and the damage to or loss of customer relationships will add to the costs.”

The Port Operators' Association consequently estimates that the losses incurred by Finnish export-oriented businesses may rise to up to 100 million euros.