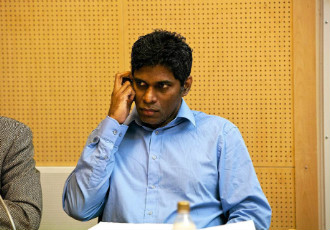 Notorious football match-fixer Wilson Raj Perumal has been released from police custody, after the District Court of Vantaa on 28 May sentenced him to a three-month probation order for border offence and forgery, the weekly Seura reported on Tuesday afternoon.

He was released because Singaporean authorities, despite issuing a warrant for his arrest, never requested for his extradition.

Perumal was taken into custody in Helsinki on 16 April on the international arrest warrant issued by Singaporean authorities. The Finnish Ministry of Justice gave Singapore 30 days to request for the extradition of Perumal, but the request was never submitted and Perumal was never surrendered to his home country.

“We asked [Singaporean authorities] to make the extradition request, but for some reason they decided not to do so,” says Hannu Taimisto, a ministerial counsellor at the Ministry of Justice.

Taimisto also says that no other nation requested for the extradition of Perumal.

As a result, Perumal was charged with border offence and forgery at the District Court of Vantaa on 26 May.

In the indictment, the prosecutor said that Perumal had crossed the border into Finland without a valid passport and in violation of the entry ban imposed on him. Overall, he visited Finland four times, first twice in September 2013 and then twice in April 2014.

Perumal, who had used a fake passport under the alias Subramaniam Sellapahin to enter Finland, stayed in two hotels in central Helsinki. Finnish authorities have not disclosed further details of his movements during his stays in Finland.

The Singaporean national was in July 2011 sentenced to two years' imprisonment for rigging football match scores between 2008 and 2011 by the District Court of Lapland.