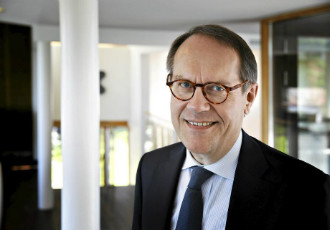 The list of participants for the 62nd Bilderberg meeting that began in Copenhagen, Denmark, on Thursday includes seven Finns. The annual meeting is an exclusive forum for the political and financial elite of the world to engage in informal, off-the-record discussions on a variety of global issues.

The vast majority of the participants come from Europe and North America.

The meeting is held under the so-called Chathman House Rule, according to which its participants are free to utilise the information received as long as the source of the information is not explicated. The objective of the practice is to encourage the participants to engage in frank and open discussions.

The Bilderberg meetings have been criticised as secretive due to the fact that they are held behind closed doors and that no details of the proceedings are disclosed in public.

Altogether, participants from 22 countries participate in the 2014 Bilderberg meeting, including Queen Sofía of Spain and Princess Beatrix of the Netherlands. Its American participants, in turn, include General Keith Alexander, a former director of the National Security Agency (NSA).

No Russians have been invited to participate in the meetings since 2012.

The conference has been named after the Bilderberg Hotel in the Netherlands, the venue of the first Bilderberg meeting in 1954.