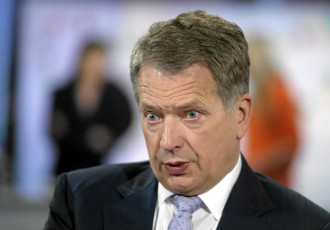 President Sauli Niinistö, the commander-in-chief of the Finnish Defence Forces, has in an interview with YLE confirmed that fighter jets of the Finnish Air Force were unable to respond to the violations of Finnish airspace by two Russian aircraft on 20 May.

Savon Sanomat on Saturday wrote that the jets were not on standby due to attempts to reduce the backlog of overtime and were only able to respond to the violations four hours after the detection.

“The resources of the Defence Forces are evidently scarce,” Niinistö commented to YLE.

A few hours after the intrusions, also a third Russian aircraft was detected approaching the southern coast of Finland, but it was intercepted by two jets deployed by the Karelia Air Command.

Niinistö said to YLE that he is unaware of any incidents where Finnish aircraft have violated the airspace of Russia. “On the other hand, we don't have to fly along such a narrow lane on a daily basis with several aircraft as Russia has to in order to get to Kaliningrad,” he reminded.

The Finnish Ministry of Defence has declined to deny or confirm the reports about the preparedness of the Hornet fleet, STT reports.

In addition, Niinistö on Saturday commented on the ongoing debate over Nato membership in Finland. “We haven't really considered the fact that Finland's accession to Nato would double the land border of Russia with Nato. We would account for approximately half of the border,” he highlighted.

Ultimately, the President believes, the possible accession should be decided in a referendum. “If […] the government and president – whoever they are – decide to propose it, then yes,” Niinistö said.