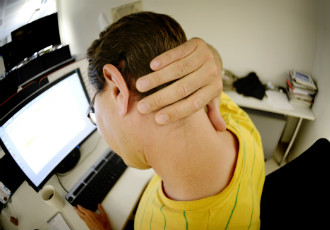 Hundreds of millions of euros worth of working time is wasted every year on computer problems in the Finnish public sector, suggests a survey conducted by Aalto University and the Finnish Institute of Occupational Health.

The majority of the over 2,400 respondents to the survey are employed in the public sector. Of them, 65 per cent spend an average of four hours of working time a week troubleshooting computer problems.

Among the respondents alone, it translates to a weekly loss of some 6,450 hours, or 10 per cent, of working time.

“Calculated on the basis of the cost of an hour's work in the public sector, the costs amounted to 12 million euros for the group of respondents,” says Teppo Valtonen, the head of development at the Institute of Occupational Health.

If the findings are representative of the entire population, an estimated 275 million euros worth of working time is wasted every year in Finland.

In general, the survey finds, the problems stem from the incompatibility of data systems and the inadequate computer skills of their users.

“A system can be very effective in the right hands,” Valtonen reminds but admits that also some of his working time is wasted on system errors. “Yes, all the time. I end up doing plenty that is not part of my core responsibilities.”

According to Valtonen, a reason for the issues with data systems is the tendency of organisations not to plan procurement and tendering procedures thoroughly.

“It seems that organisations look at the price tag. They compare system A against system B and pick the cheaper one. We'd now really need tools to highlight the costs related to the use [of data systems] – to illustrate what it really means to purchase a certain system, if its usability is of a certain level.”

The survey also yielded some good news: nearly 90 per cent of the respondents view that information technology makes their jobs easier, improves the quality of work or enables them to perform their tasks quicker.