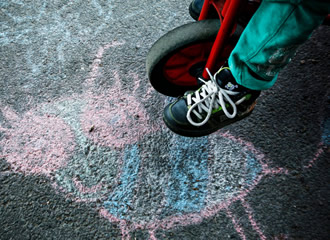 In the letter, drawn up in March, welfare workers criticise the management of child welfare services for a policy under which care placement decisions are made by a steering group without meeting the child.

The letter also expresses concern over the inadequacy of child protection resources. In Helsinki, one social worker is responsible for around 40 children, with the figure set to go up as the city’s population grows.

One social worker is worried about the situation resulting in disastrous mistakes such as the one that took place eight years ago when a father and his new partner caused the death of an eight-year-old girl, who had been a client at child welfare services.

“This situation is not doing anything to help prevent such cases from reoccurring,” explained the social worker.

The case of the eight-year-old has caused shock waves at the Helsinki Social Welfare department, with the actions of 12 social and healthcare professionals investigated by the police.

An experienced social worker complains about a lack of open discussion on the case.

“We asked if we could be given guidelines on what to look for and take into consideration in such cases. Those guidelines have not been made available,” the social worker says.

According to social workers, a debriefing was only held at the service point that handled the girl’s case. According to Sisko Lounatvuori, the head of child welfare services, the case has been extensively discussed even though no joint information event has been held and no guidelines have been prepared.

“We have given reports to authorities. The current guidelines have not been found to be inadequate.”

Helsingin Sanomat met seven of the around 200 signees of the letter on Wednesday to hear their views on the problems prevalent in the child welfare.  The social workers, who did not want to be named, said that they have been forbidden by the management to talk to the media or members of the city council about the situation.

Lounatvuori and Pia Sutinen, the director of the division of family and social services, say that no such ban has been implemented, adding that social workers are requested to inform  a superior about meetings with the media or members of the council in advance.

According to Lounatvuori, the management has taken the letter seriously and the faults brought up in it have been discussed with the staff.

“We don’t want our personnel to feel that their views are being ignored,” says Lounatvuori.

The social workers told Helsingin Sanomat that in their view the biggest problem is that in Helsinki the social worker who is responsible for handling a case is not allowed to make decisions on the forms of services offered to the client or the possible placement in care. The social worker prepares a report on the case, on the basis of which a steering group makes the decision without meeting the child.

In Espoo, the group presents its proposal for the measures to be taken and the social worker decides on the best course of action, explains Riina Mattila from Espoo child welfare services.

In Helsinki, social workers sometimes add a note in a client’s papers if they do not agree with the decision the steering group has made on the case.

“Sometimes the decision is not in the best interests of the client,” says one of the social workers.

The staff say that one problem is that social workers are held responsible for decisions they have not made. If a client is taken into care and complains about the placement, the social worker may end up defending the decision in court.

Lounatvuori argues that social workers should prepare their report carefully so that the steering group has all the information it requires for a decision. According to Lounatvuori, the number of welfare service providers is so high that social workers cannot have adequate knowledge of all the services on offer.

Social workers are also concerned over budget cuts which have lead to a reduction in the number of the mother and child homes.

“I’m not saying that we can always respond to all needs in an ideal manner.”

In Helsinki, the resources of child welfare services are good compared with the rest of the country, Lounatvuori notes.

Social workers would like to carry out their work to the best of their abilities but the increased workload is making this difficult.

“The responsibility is horrendous: a child’s future. Sometimes I wake up at night to wonder if I’ve ruined it.”