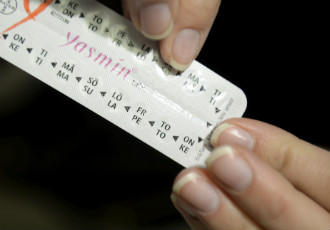 Information obtained from pharmaceutical companies shows that the use of birth control pills decreased in Finland by 10—20 per cent over the latter half of last year, reveals Dan Apter, the chief physician at the Sexual Health Clinic of the Family Federation of Finland.

According to Apter, some members of the Finnish media reported on the public debate that ensued, and heated up particularly in France and Canada, with an excessive emphasis on the risks. “It's rather irresponsible for certain papers to attack furiously and one-sidedly against the contraceptive method,” he says.

For the present, it remains impossible to tell whether the decline in the use of the pills is permanent, Apter adds.

Bayer, the manufacturer of the most popular oral contraceptive pills in Finland, confirms the decline in sales. “Negative publicity has reduced the use of birth control pills in general and has therefore also been manifested as a decline in our sales. We don't yet have the exact numbers,” says Aino Försti-Smith, a communications manager at Bayer.

In France, however, reliable evidence of a more permanent decrease in the use of birth control pills has been found. The daily Le Monde on Tuesday wrote about an extensive study indicating that only 40 per cent of French women who use a contraceptive method use birth control pills. No more than three years ago, the share was over 50 per cent.

The risks are hardly news, however. Apter points out that it has been known that the so-called combination pills increase the risk of venous thrombosis since their introduction. The risk, he reminds, remains extremely low.

Manufactured by Bayer, Yasmin and Yaz are the most popular birth control pills in the country and were last year used by an estimated 70,000 women. Altogether, some 200,000 women are believed to use oral contraceptive pills in Finland.