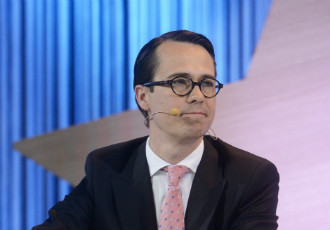 Carl Haglund (SFP), the Minister of Defence, has spoken up for the co-operation between the Finnish military intelligence service and the US National Security Agency (NSA), emphasising that Finnish intelligence operations concentrate solely on military targets.

“The co-operation is not widespread gathering of information about the communications of ordinary citizens,” he affirms.

“I can't answer as to when the pact was signed, because the information has been designated classified,” Haglund says.

Journalist Glenn Greenwald writes about the co-operation pact in his book on NSA whistle-blower Edward Snowden, published on Tuesday.

Finnish signals intelligence operations are colloquially referred to as military intelligence due to the fact that they are conducted by the Defence Forces Military Intelligence Service.

“Military intelligence co-operation is extremely important so that Finland can maintain its ability to develop a situational understanding and receive possible advance warnings,” explains Haglund.

In particular, he adds, the intelligence activities are crucial for Finland's participation in international crisis management operations. “If there was no co-operation, I would not dare send Finns to crisis regions.”

Harri Ohra-aho, the chief of defence intelligence at the Finnish Defence Forces, told Helsingin Sanomat that the exchange of information enables Finland to receive advance warnings and to guarantee the situational awareness of the Government and the Defence Command in decision-making.