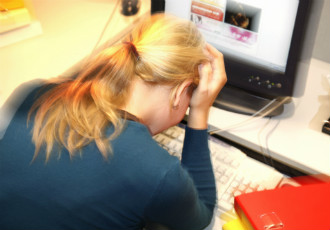 The adverse effects of alcohol are widely visible in Finnish workplaces, indicates a survey published on Tuesday by the Finnish Association for Substance Abuse Prevention (EHYT).

Of the chief executives surveyed, nearly half revealed that they have come across outright substance abuse and six in ten that alcohol-related sick leaves are relatively common in their workplace. In every-third workplace, an employee has arrived at work intoxicated.

TNS Gallup between April and May interviewed the chief executives at 200 companies about the impact of alcohol on the Finnish society and companies.

By addressing the adverse effects of alcohol, the executives estimated, it would be possible to lengthen careers substantially. Accordingly, as many as 91 per cent of the respondents demanded that more resources be made available for the prevention of alcohol problems.

Moreover, 71 per cent viewed that the social costs associated with alcohol abuse are ultimately borne by companies.

The respondents also acknowledged that alcohol use induces problems related to health, productivity and job effectiveness, as well as social problems, such as family break-ups.

The Finnish alcohol policy, the respondents suggested, is not too patronising. Over half of the respondents viewed that the availability of alcohol has not been restricted excessively and that there is no need to relax the regulations.

Meanwhile, 80 per cent of the executives surveyed viewed that by reducing alcohol consumption and addressing the related adverse effects it would be possible to lengthen careers. Similarly, 80 per cent were of the opinion that measures to prevent alcohol-related problems are more effective than meddling with the operational preconditions of the manufacturers and retailers of alcoholic beverages.

“In our opinion, the views of corporate executives confirm that it's really worthwhile to develop the alcohol policy. An effective alcohol policy is a comprehensive combination of education, face-to-face preventive work and reasonable regulations,” views Sari Aalto-Matturi, the executive director at EHYT.