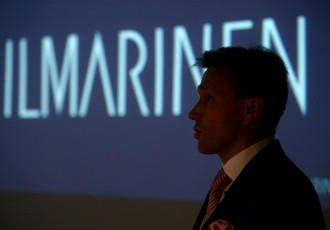 It is crucial to encourage Finns to invest in stock markets, underscore the chief executives at mutual pension insurance companies Varma and Ilmarinen.

Timo Ritakallio, the deputy CEO at Ilmarinen, believes the exemption of up to 5,000 euros in dividend income of taxes would be an effective incentive and encourage as many as one million people to invest in stock markets.

“The limit could be lower – 3,000 euros, for example. The main thing is to offer an incentive for people to invest in shares,” he stresses.

Ritakallio and Risto Murto, the CEO of Varma, on Friday participated in a seminar organised by the Helsinki Stock Exchange to consider measures to improve the operational preconditions for capital markets in Finland.

The main problems, Murto and Ritakallio estimated, are associated with the limited number of shareholders.

Varma, Ilmarinen and Solidium, a state-owned investment company, are already among the largest shareholders in the majority of listed companies. As a result, pension insurance companies are no longer able to increase their investments in domestic companies, Ritakallio argued. “Ilmarinen is an owner in 82 listed companies. We own a stake of over 10 per cent in 15 listed companies. The ownership structure must be expanded. That would also benefit pension investments.”

The proposed tax exemption, he viewed, would encourage people to invest in the long term, in stable companies that distribute dividends, rather than to seek a quick fortune on the market – “as the Talvivaara share has demonstrated”.

Murto, in turn, demanded that the housing system be developed to ensure that the wealth of Finns is not entirely tied up in homes.

Lauri Rosendahl, the president of Nasdaq OMX Helsinki, has calculated that there is not a single tax system in the western world that favours the recipients of dividends from non-listed companies as much as the Finnish system does.

“The recipient of 150,000 euros in dividends would have to pay 28,000 euros more in taxes, if the company lists. Once that is multiplied in the case of family-owned companies, it influences the listing plans notably.”

On Friday, a task force appointed by the Helsinki Stock Exchange unveiled its list of 25 measures to develop the Finnish capital markets, proposing for example that the dividends distributed by companies listed on First North, a market for smaller companies, are treated similarly to those of non-listed companies.

In addition, the reporting obligations of small companies should be reduced, and more assistance should be provided to them to fulfil the listing requirements, the task force said.