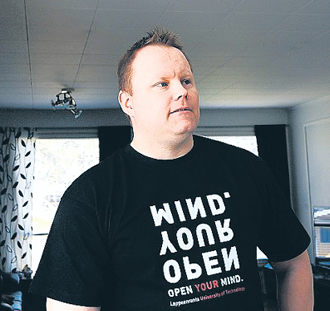 The conventional copper-wire broadband connection in Mikael Collan's house in Salo will soon be replaced with a much faster fibre optic cable Internet connection, a change which will cost him nearly 1,500 euros in connection fees.

"After forking out a hefty sum to join the network, I can't even shop around for the Internet provider but will have to stick with the network builder's connection. How an Earth is a monopoly like this even possible?" Collan asks.

The builder of a fibre optic cable network has to lease some of its capacity to competitors. However, less than five per cent of fibre connections have been ordered from a company renting the network capacity.

Monthly fees charged from companies renting capacity vary greatly, ranging from 30 to 300 euros. The fees should, however, be based on the actual investment and running costs.

"We have carried out spot checks in telecommunication companies and have grounds to suspect that the charges are not based on the actual costs," says Jukka-Pekka Juutinen, head of steering at Ficora.

The difference between a fibre optic connection and the conventional broadband is that up to 20 flats can be connected to the Internet with one fibre connection.

The maximum prices proposed by Ficora and the obligation to rent out network capacity will not apply to all telecommunication companies but only to those with a major market share, as determined by Ficora for each region. The increase in competition is likely to push the consumer prices down, at least regionally.

"If the price charged for network usage has been set too high, the competitor burdened with the extra cost can't compete with the network builder. By setting a maximum price, we are trying to level the playing field for the network owners and competitors," says Asta Sihvonen-Punkka, the director general of Ficora.

At the earliest, the maximum prices will enter into effect in the autumn.

Companies building networks are opposed to the proposed maximum prices.

"We don't need regulations like this on fibre optic connections as it's a new and emerging technology. Everybody is in the same position, when building a network," says Rami Peltosaari, head of department at Elisa Oyj.

Setting maximum prices carries the risk of dampening the companies' enthusiasm for investing in the new technology.

"If the price limit is set too low to cover the building costs, it will certainly have a detrimental effect on investments," says Peltosaari.

Juutinen from Ficora says that both building and running costs will be taken into account when calculating maximum prices.

"Even under the current regulations, rental prices should have been set in accordance with the actual costs. There is no evidence that in countries where such price regulations have been imposed, investments in networks have suffered as a consequence," argues Juutinen.

If the customer has to cough up 1,500 euros to join the network, how can the Internet provider charge fees based on investments costs also from the company renting network capacity?

"These fees charged from customers do not necessarily cover all the building costs, so the company may still have costs from the building of the network," explains Juutinen.