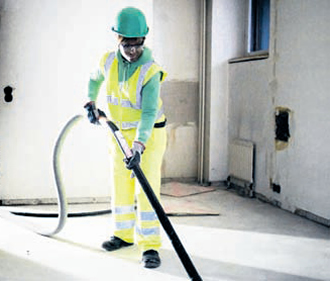 Immigrants’ income lags behind native Finns’ earnings. An immigrant earns 27,500 euros a year on average, while native Finns have an average annual income of 36,800 euros, translating into a 25-per cent income gap.

In other words, an immigrant’s euro is 75 cents.

The gap becomes even wider when you look at the income of people out of work, with the difference for unemployed people amounting to 39 per cent and 59 per cent for people not in the workforce. In practical terms this means that native Finns receive higher unemployment benefits or other social security payments than immigrants.

These figures were revealed in a report drawn up by Pekka Myrskylä and Topias Pyykkönen from Statistics Finland.

“The abundant social benefits received by immigrants seem to be nothing but an urban myth. Because immigrants work in low-paid jobs, also their earnings-related benefits remain low. Immigrants also only rarely qualify for these benefits as they do not have the employment history required for them. The income gap is the widest if we look at people out of work; immigrants receive on average 3,100 euros in various benefits a year. This does not even amount to 10 euros a day,” says Myrskylä, writing in Statistic Finland’s online magazine.

Native Finns who are not in the workforce receive around 7,500 euros in benefits a year.

Immigrant women receive 400-600 euros less in maternity or parental money a year than women who give Finnish or Swedish as their native language.

Median and average usable incomes of households where a language other than Finnish or Swedish is spoken are around a third lower than the income of Finnish- or Swedish-speaking households.

There are two reasons behind the poverty experienced by immigrants: they are less likely to be in employment and when working, they more often work in low-paying jobs.

Overrepresented among cleaners, sales assistants, waiters and bus drivers, immigrants also more often end up in a job that they did not originally train for.

Myrskylä and Pyykkönen’s report reveals that the unemployment rate among immigrants is more than double the rate among native Finns.

Immigrants are more likely to find work if their background is not too different from the Finnish culture.

“Only Estonians and Thais are as likely to find work as native Finns,” comments Myrskylä.

“Many Finns may be labouring under the delusion that coming to Finland is a lottery win for immigrants. However, a fifth of immigrants vote with their feet, leaving Finland within a couple of years. Up to 80 per cent of immigrants from other Nordic countries and Western Europe leave the country, assumingly having come just for a work project,” says Myrskylä.

Around 90 per cent of immigrants from Eastern Europe, Africa and Asia are still in Finland five years after arrival.