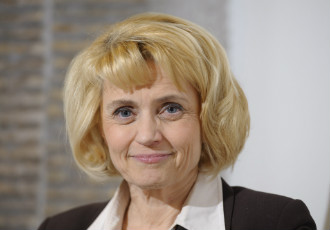 Päivi Räsänen (Christian Democrats), the Minister of the Interior, will next week sit down with Minister of Justice Anna-Maja Henriksson (SFP) to discuss the results of a survey conducted by UUT, a support group for the victims of religions, according to which the customs of Jehovah's Witnesses trample on human rights.

“People must not be punished if they choose to disassociate from a religious community,” stresses Räsänen.

The results published by UUT on Friday are based on the experiences of 18 former Jehovah's Witnesses. The survey also finds that the religious community has an internal legal system.

Helsingin Sanomat wrote yesterday that Jehovah's Witnesses suspected of gross sins are interrogated and convicted by judicial committees, and that members of the community are forbidden to associate with disassociated or disfellowshipped ex-Witnesses.

UUT has urged the Minister of Justice to consider how such practices could be addressed.

Henriksson deems the allegations disconcerting but refused on Saturday to speculate on whether the practices of Jehovah's Witnesses infringe human rights. The people disassociated or disfellowshipped from Jehovah's Witnesses who feel that way should file a criminal complaint, she suggested.

“The judicial system will then determine whether something illegal has taken place. A court of justice can't make the decision unless a criminal complaint has first been submitted and a prosecutor has considered whether or not to pursue the case,” she explained.