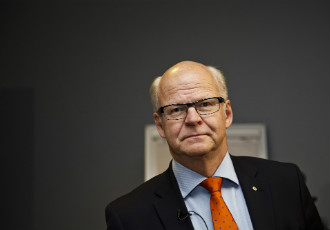 Professors have criticised Reijo Karhinen, the CEO of OP-Pohjola, for accusing policy-makers, corporate executives and the media for whipping up economic anxiety among Finnish consumers. Karhinen, the professors argue, conveniently neglects his own contribution to the economic climate and is guilty of oversimplifying the issue.

“Finns have been talked into being overcautious,” Karhinen declared in an interview with Helsingin Sanomat on 30 April.

Karhinen, on the one hand, acknowledged the merits of preparing Finns for the structural reforms but, on the other, argued that the tone of policy-makers should have changed immediately after the framework session in order to restore confidence in Finland. The national economy, he insisted, would be doing considerably better if the scaremongering stopped.

Mika Pantzar, a research professor at the National Consumer Research Centre, regards the comments of Karhinen as amusing. “Over the past years, Karhinen has been the foremost messenger of gloom in Finland,” he views.

The comments by Karhinen also suggest that there has indeed been a systematic effort to alter the mood of the general public, adds Pantzar.

The warnings have proven effective; Finns' confidence in the future has eroded, he highlights. “The extent of pessimism whipped up was absolutely absurd.”

Pekka Räsänen, a professor of economic sociology at the University of Turku, reminds that the comments of Karhinen are probably dictated by his interests in the financial services sector.

Räsänen criticises Karhinen for oversimplifying the issue and for portraying consumption as a civic duty. “This has been built up as if there is a common good,” he says, pointing out that the interests of various sides are, in fact, in partial conflict.

“It's all the same for the banks […], the tax-payers will bail them out whatever the case. Individuals and households can't act like that,” states Räsänen.