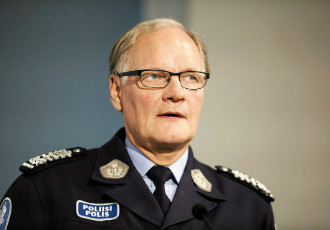 The National Police Board is likely to request a detailed report from the Helsinki Police Department about the events that transpired during the May Day march, Mikko Paatero, the National Police Commissioner, has revealed.

“It is our standard procedure to request a report about such events, if only to learn more. The final decision will be taken on Monday, when all personnel have returned from their holidays,” Paatero told on Friday

Earlier today, the Helsinki Police Department issued a statement apologising for the unwarranted seizures of flag poles from protesters.

Paavo Arhinmäki, the chairperson of the Left Alliance, demanded on Thursday that the events be investigated, regarding the seizures of the sticks as particularly questionable.

Paatero, in turn, reminds that he at present has no reason to reprimand the police officers for their measures during the march on 1 May. “In my view, the police were well-prepared. Foreknowledge suggested that violent outbreaks may occur,” he pointed out.

Is it possible that the officers were provoked during the events? 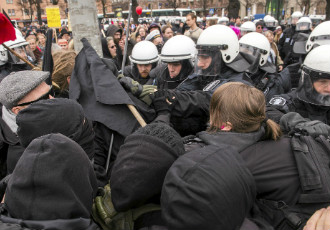 “A misjudgement was made, but there is no reason to believe that the officers were provoked. We knew in advance that the anarchists would participate. It is obvious that the police had to prepare for that.”

The fact that the Helsinki Police Department has admitted to its mistake is positive, the National Police Commissioner added. “It is good that if mistakes are made, they are brought forward. The decisions are made out in the field, often very quickly,” reminded Paatero.