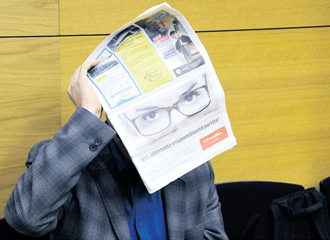 The Helsinki Court of Appeal has sentenced Juhani Zarianov to one year and ten months' imprisonment for practising medicine without a formal licence in the Pirkanmaa region for several years.

Thereby, the court converted the two-year probation order handed to Zarianov a year earlier by the District Court of Helsinki to a non-suspended prison sentence, arguing that a stiffer punishment is required to maintain general abidance by the law.

"The court of appeal considers the pursuit of the position of a doctor while disregarding patient safety serious to the degree that it warrants a prison sentence," the Helsinki Court of Appeal explains in its verdict.

Both the prosecutor and the defence had appealed against the ruling by the district court, the former demanding a non-suspended prison term and the latter that his punishment be reduced to half.

After acquiring his fake medical qualifications from Russia for 500 euros, Zarianov was employed as a doctor in training for three years and as a doctor for a few months in the Pirkanmaa Hospital District.

"Zarianov has caused no danger to anyone. He is a nurse and therefore more competent than a first or second-year medical student," argued Petteri Snell, the legal counsel of Zarianov, during a hearing at the Helsinki Court of Appeal.

In his defence, Zarianov also said that he did not recognise the unlawful nature of his acts because he comes from a different legal culture.